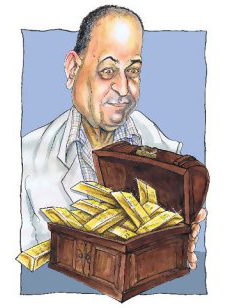 Mohamed Shakarchi:  the Man with a golden touch

The founder of the Emirates Gold refinery in Dubai has proved that even the most daunting of professional setbacks can be overcome and long-held dreams can eventually be realised with hard work and a little help from your friends, Hadeel Al Sayegh reports.

Mohamed Shakarchi can still remember when, as a boy in the 1940s, he would watch his father buying and selling gold at a street market in Beirut.

Traders from around the Levant would come to the Lebanese capital to deal in strips of gold, nicknamed “frenchfries”, in coffee shops thick with smoke from nargile pipes.

“Some of the men would be holding rosary beads saying, ‘I buy, I sell, I buy, I sell’ with every flick of the bead,” Mr Shakarchi recalls. 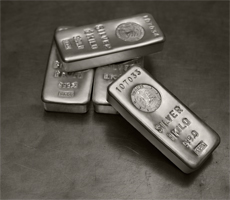 The inclusion of Emirates Gold into DMCC’s approved list of silver refiners is expected to give silver manufacturing in the UAE a significant boost, as silver traders do not have to turn to international suppliers for their requirements.